Remember Moonlighting?   I LOVED THAT SHOW!

And I loved Maddie Hayes:  her pastel silk suits, her awesome hair, her private detective agency, and the fact that she had to solve cases with David Addison, with whom she engaged in witty repartee and who clearly was madly in love with her.

Maddie Hayes, played by Cybill Shepherd was one half (or some may say one fourth if you count Agnes DiPesto and Bert) of the Blue Moon Detective Agency.   The other half was David Addison, played by Bruce Willis, the good time guy with the razor sharp wit.  The bad boy with a heart of gold who more than did his part to keep the sexual tension alive and well with Maddie Hayes.  Oh yes, I was parked on the couch every sunday night between 1985 and 1989, grooving to Al Jarreau's theme song and ready for the latest episode! 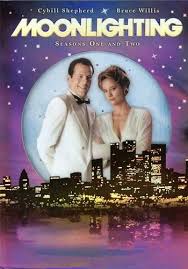 But this post is not about that.  For a complete and awesomely exhaustive episodic history of Moonlighting and lots of other fun stuff, I refer you to davidandmaddie.com.

This post is about The Maddie Hayes Look.  And the man behind that look, costumer designer Robert Turturice.

I happened upon this gem of an article, published in the Florida SunSentinel in 1986.  In it, we get the blow by blow of the hows and whys of Maddie's wardrobe.

It starts by describing Maddie's "tailored but soft" pale pastel silk suits.  This being 1986, the jackets are "boxy" with low-cut camisoles underneath (I'm sure David appreciated that!).


After a year or so of having Maddie wear suits, Robert Turturice started to gravitate "toward more soft dresses.  There will be less jackets this year.  There will also be a move away from all the quartz jewelry of last season...you will see more gold and silver geometric shaped jewelry this season."


Turturice also shared that the lighter shades will deepen and the peaches will "ripen." 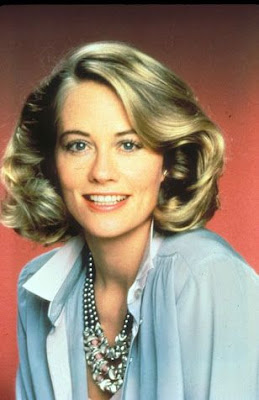 As far as fabrics were concerned, it was silk all the way for Maddie Hayes.  "I use tons of it," said Turturice.  "Silk charmeuse, silk jacquard, silk garbadine, raw silk, silk challis."


Turturice said that spends about $1,000 per outfit, and he has two or three of each outfit on hand.  This is because Moonlighting was an "action" show and sometimes David and Maddie ended up "getting filthy or getting food thrown on them."   Even Maddie's jewelry was in duplicate, "just in case."

Turturice never dressed Maddie in blue because he didn't like how it looked onscreen.  He also avoided primary colors especially red and black because to him they were "too jarring."

He ended the interview stating that Maddie's hair was going to be shorter, curlier and "fluffier."   Then he urged viewers to keep an eye out for her strapless white ball gown in an upcoming episode (Symphony in Knot Flat).  I'm not sure if this is the same gown, but this one is gorgeous:


As far as I'm concerned, Maddie's silk pastels are the opposite of 80s-tacky.  I would wear her look today in a heartbeat.  But then, I happen to LOVE pastels.  And the 80s.  And Moonlighting! 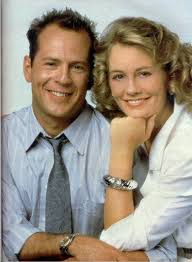