Upon its publication, Salon magazine wrote: “Bright Lights, Big City...succeeds in capturing, in fewer than 200 pages, an entire decade.” 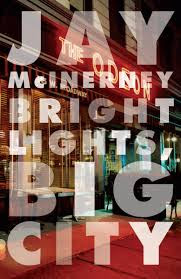 With praise like that, how could I NOT read a book that “defined, and even determined the mood” of New York City in the 1980s (according to Vanity Fair)?  A book that, according to the New York Times Book Review, succeeded in being the “Manhattan novel” of its generation?


The only mystery here is that it took me so long to pick it up.  As a teenager in the suburbs 35 years ago, I had heard of this book (or at least the 1988 movie of the same title starring Michael J. Fox). 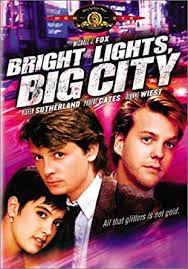 But I had never managed to read it. Fast forward a few decades and there I was, reading my library copy in the Big City itself.


Even my non-bookish husband had taken a crack at it back in the day.  When he saw the book on my night-table he nodded and said, “Bolivian Marching Powder.”


What he was referring to was the book’s euphemism for that 80s drug of choice, cocaine.


Right off the bat, we meet the main character at a NYC nightclub in the wee hours of the morning, yearning for a hit of the white stuff so he doesn’t just keel over.  The author employs an interesting method of bringing the reader close to this young man. He tells his story using “you” instead of in the first or third person, pulling the reader through the downward spiral of this guy’s life:


“You are at a nightclub talking to a girl with a shaved head.  The club is either Heartbreak or the Lizard Lounge. All might come clear if you could just slip into the bathroom and do a little more Bolivian Marching Powder.”


And an excerpt from later on in the book:


“Down on the street, you clamp your sunglasses to your face and wonder where to go.  An old question, it seems to come up more and more frequently. You’ve lost whatever bravura you possessed a few minutes ago.  It’s just beginning to sink in that you have lost your job.”


“You” is used throughout the entire book, without exception. I’m not sure what to call that literary technique, or even if it is a technique.  It was new to me and it gave the story immediacy and intimacy. It did not feel like a gimmick. And it seemed to be highly effective. It pulled me in so close that I never even saw the emotional gut-punch that, in retrospect, was so obviously coming.  You were (I was?) just trying to get through the story and lost sight of the big picture. You (I?) didn’t see the writing on the wall. Therefore it was very unexpected when you (yes, ME) felt your eyes tearing up while reading the final pages of Bright Lights, Big City on the subway.


We never even get a name for this young guy who frequently takes the “Bolivian Local” to visit the rarified air of the metaphorical Andes.  But that doesn’t seem to be necessary.


I will stop here so as not to spoil this 80s classic for anyone who may not have read it.  I do recommend it. It’s hard to say if it is generation-defining. I’d be interested to hear others’ take on that.


You could say that it captures a New York City that doesn’t exist anymore.  The city is, after all, always changing including the nightlife.


For example, the Limelight was a nightclub famous in the 1980s and 1990s for its debauchery and even murder.  (It was ironically situated in what was a former Episcopalian church on the corner of 6th Avenue and 20th Street.) “Club Kid” Michael Alig, a frequent patron, was convicted in the 90s of the killing and dismemberment of a drug dealer well known in his circle.


The Limelight closed down several years ago.  It then became a fancy marketplace where tourists could buy expensive chocolate and other high end treats.


Today, even chocolate is too indulgent for the Limelight.  Where lines of coke were once snorted, now people sweat out toxins after doing a wheatgrass shot.


Here are pictures of “Limelight Fitness” taken by my husband a few months ago on a lovely spring day.  Yes, the Limelight is now a gym: 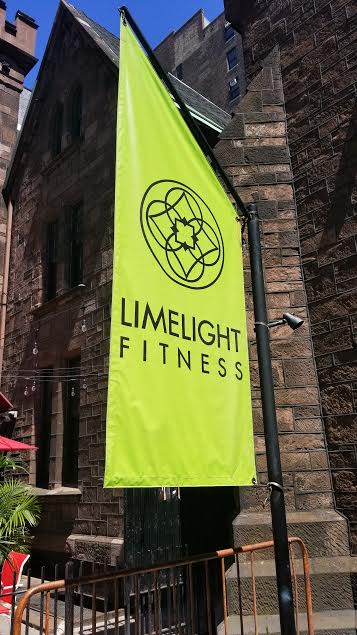 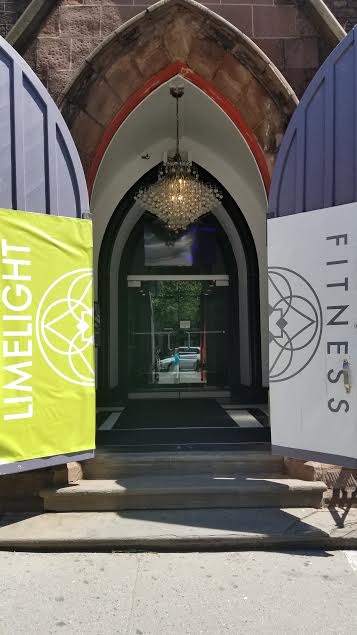 My guess is that the Bolivian Local does not make stops at the Limelight anymore. 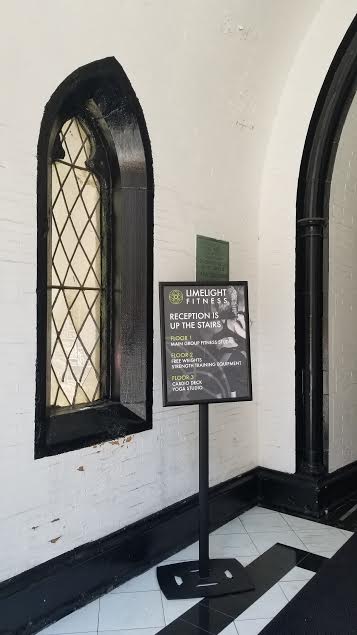