Bret Easton Ellis was still a college student when his debut novel, Less than Zero, was published in 1985. 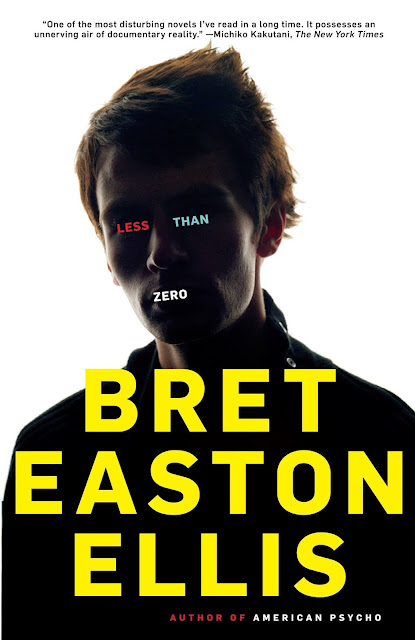 The novel's central character, Clay, is also a college student in New England.   He’s come home to Los Angeles for Christmas, where he reconnects with his high school friends. He falls back into a familiar routine of partying, going out to lunch, shopping in Beverly Hills and seeing movies. Everyone is very wealthy and does a lot of drugs. In between these pursuits, Clay has conversations with his ex-girlfriend Blair and others from their clique along these lines:

“Where are your parents?”
“My parents?’
“Yeah.”
“In Japan, I think.”
“What are they doing there?”
“Shopping.  They might be in Aspen.  Does it make any difference?”

Clay's friend Julian however, has parents who are a major problem. Julian's appetite for drugs, and therefore his spending, have gotten so out of control his parents have frozen his credit cards and checking account. So he asks Clay if he can borrow a rather large amount of money.


This debt, and how it’s repaid, leads to the very disturbing conclusion of Less Than Zero.

I found this book difficult to enjoy and “get into,” especially at first.  The characters have a lot of non-sequitorial, vapid conversations. I understood that the author was trying to “show” the characters’ superficiality and non-connectedness.  And I saw that the author threw in disturbing tidbits here and there to show an unacknowledged moral crisis. But that very vapidity made it hard for me to keep following the story.  The book did become somewhat more engaging as it went on however, and I had no problem finishing it.

So what was my reward for completing this book?  I suppose I got a glimpse of what I assume is Bret Easton Ellis’ impression of teenage L.A. in the mid-80s.  A kind of historical snapshot with some solid 80s flashbacks. Clay wears Wayfarers, refers specifically to the Elvis Costello “Trust” poster, and his younger sisters shop at Camp Beverly Hills. 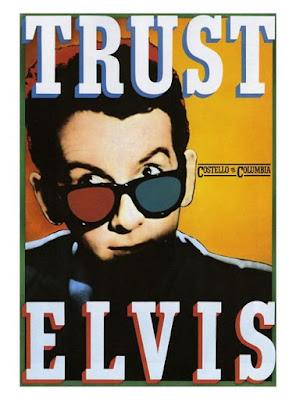 (Trust came out in 1981.  Elvis Costello’s song Less Than Zero is on an earlier album called My Aim Is True.) 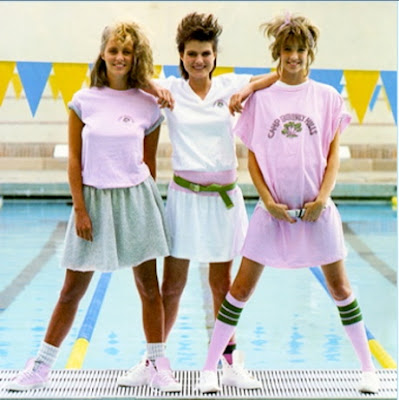 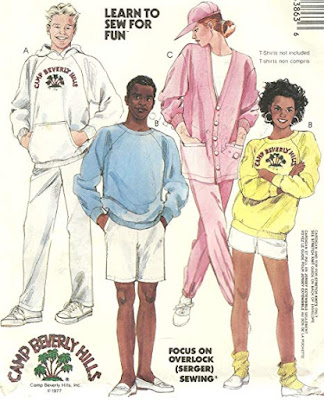 (should I track this one down and make it?)

But did I really need to know that these kids are so dead on the inside they watch violent bootleg pornography in order to feel alive?   It’s a rhetorical question I’m not sure I ever wanted to ask. And that’s not even the worst thing these kids get up to, by the way.

Needless to say, this wasn’t an amusing book.  But there was one time, and one time only, when I laughed a little while reading it.   Blair and her father are discussing the next movie he’s producing:

You can’t really blame Blair’s father for getting Sting’s name wrong.  After all, Sting (or String as Blair’s father calls him) released his first solo album, The Dream of the Blue Turtles in June of 1985.  Probably at the exact same time that Less Than Zero was published. 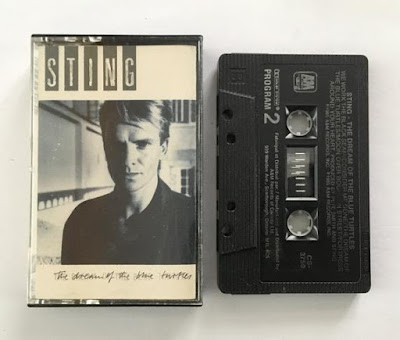 (I owned this album--on cassette--in the 1980s and remember it fondly.)

Of course prior to going solo, Sting was in the mega popular English band the Police.  Not that everyone didn’t know who Sting was BEFORE he went solo. After all, the Police’s 1983 album, Synchronicity, contained the biggest hit of the year in both the US and the UK.  But in 1985 Sting probably hadn’t fully carved out his own identity apart from the Police quite yet.

Do I recommend this book?  A better question might be, should I have watched the 1987 movie instead?  Robert Downey Jr. is supposed to give a riveting performance as Julian (perhaps a prescient one considering his real-life descent into drug addiction): 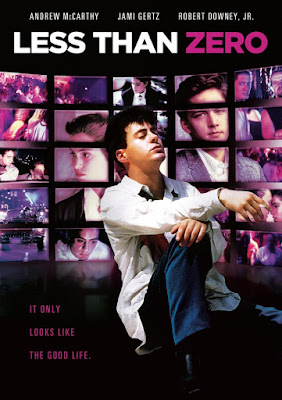 And the movie version has Andrew McCarthy as Clay and James Spader playing yet another character you love to hate.  Between these two (the yin and yang of 80s teenage cinema), Jami Gertz as Blair, and Robert Downey Jr. walking that line between acting/reality, the movie is bound to be an 80s flashback worth experiencing! 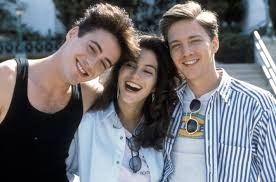