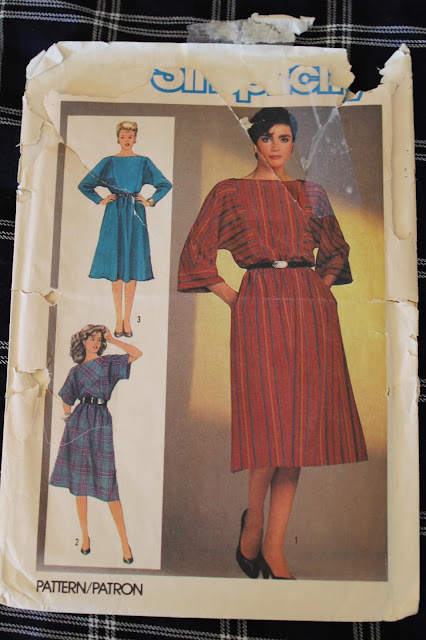 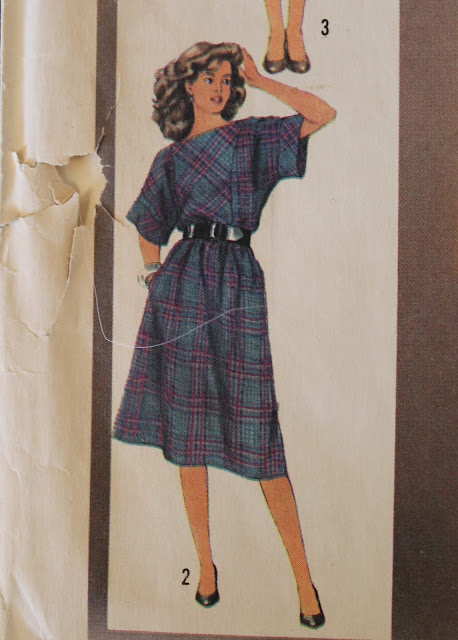 I first sewed View 2 of this dress a few years ago in a grey plaid.  The bodice looked very short to me, and I’m a little long-waisted, so I added 1.5 inches to the length of the bodice without a second thought.

Well, that was a mistake.  This dress is a bit voluminous and any extra fabric, anywhere, is neither necessary nor desired.  The grey plaid, combined with the bagginess on top, made for a rather frumpy frock, even when I cinched the waist with a wide belt. 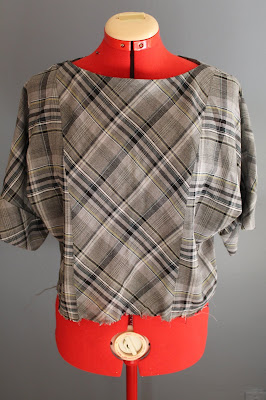 Later, I separated the top from the skirt, hoping to save this garment by making it into two separate things.  But, this hope was never realized and sadly, they remain apart.

The thing to do instead, I decided,  was to start totally from scratch with a lovely navy windowpane fabric I had purchased a few years ago from a NYC fabric store called Paron’s, which is now out of business.

Paron’s was great because you weren’t crammed in there with hundreds of bolts of fabric leaning against each other, 2 feet deep, like some fabric stores in the garment district (although that can be a heady experience).  Rather, there was plenty of space to stroll, the inventory was well-organized and each bolt of fabric had a plastic covered tag at the end, with a complete description of fiber content and origin. I very much appreciated the calm and order of Paron’s in this oft-times chaotic world.  Of course, I have misplaced the fabric information they so thoughtfully provided, but it seems have a touch of wool while being very light with a nice drape.

This time, I cut the bodice without altering the length.  The center panels of the bodice as well as the cuffs are cut on the bias.   Here you can see the two bodices, side by side: the longer grey plaid and the navy windowpane.  The plaid is a LOT baggier and the colors just don’t work as well as the navy:

I began by constructing the bodice.  I was trimming the seam allowances under the collar facing to reduce bulk (which I had not only attached to the collar but also understitched) when I cut my dress by mistake.  I PUT A HOLE MY DRESS. In the front center bias panel, right at the shoulder. When I realized what I had done, I froze for a moment in disbelief. I stayed calm and started emergency procedures. I immediately patched the hole with stitch-witchery (a light-weight fusible tape). The more I touched the injured area, the more the edges of the wound began to fray. The hole was getting bigger with each passing moment. I reached for a scrap of fabric to somehow put behind it, and quickly realized the foolishness of this approach. I got a needle and thread and started to close the fraying edges. Within seconds, it was obvious my patch job was going to look totally, totally hideous, something akin to Frankenstein's stitches, and my dress was ruined. 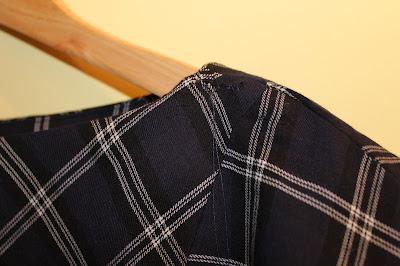 I rationalized that, if this was the worst mistake I ever made in my life, I’d be doing OK.  But I was pretty disappointed until my husband suggested I just replace the center panel.   And you know what? I had JUST ENOUGH leftover fabric to cut another center panel. Which was so very fortunate because I couldn’t run out and buy more, since Paron’s no longer exists.

So I cut a new panel, ripped out all the appropriate seams, removed the original center panel and put in the new, unblemished one.  It added two or three extra hours to this project but that’s home sewing for you. You wouldn’t think so, but there are often unforeseen, unexpected (and time-consuming) crises when sewing ….and sometimes, moments of triumph.

The rest of the construction was, thankfully, smooth sailing. 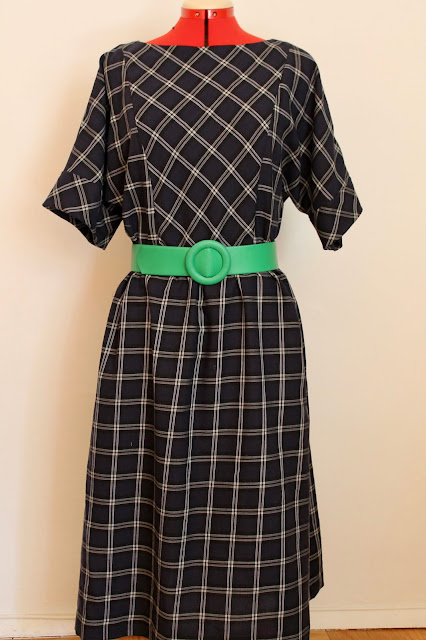 This dress is breezy, light and perfect for spring weather. I accessorized with a vintage 1980s faux leather kelly green belt. 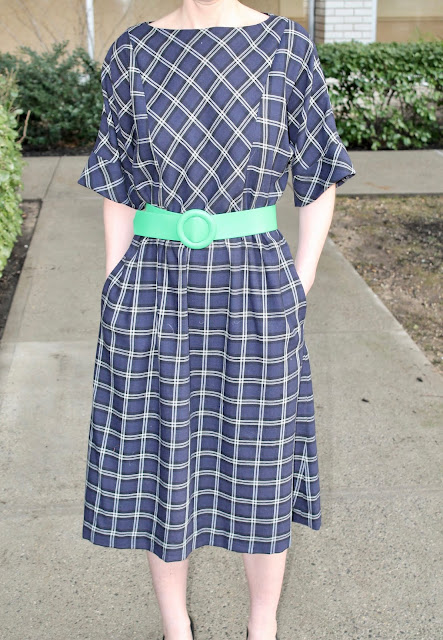 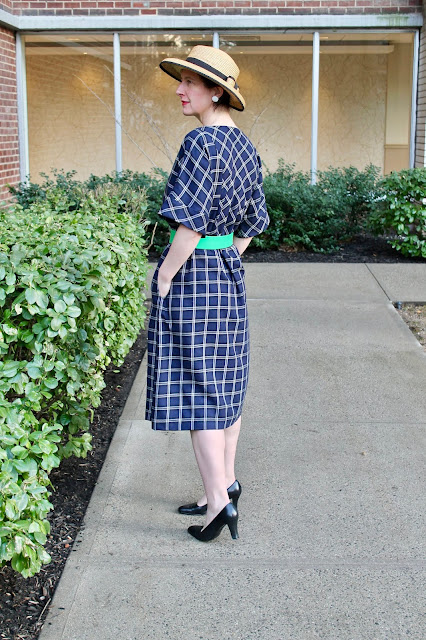 The straw hat with navy band is Italian, bought on a trip to that country in 2015.

I love this dress! 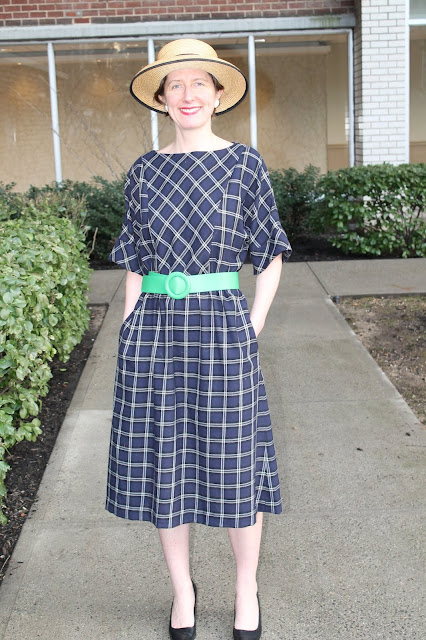