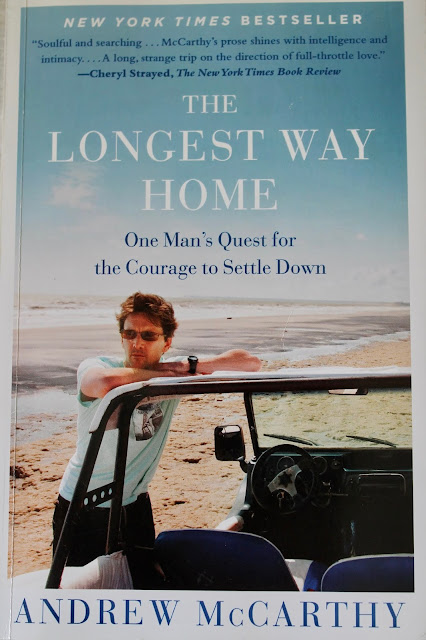 The last I knew, Andrew McCarthy was Blane in Pretty In Pink. 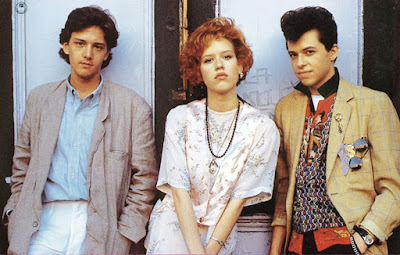 Now here he is popping up in my Amazon recommends.

Over the past several years, Andrew has established himself as a travel writer (he is Editor at Large for National Geographic Magazine), which gave rise to his memoir, The Longest Way Home: One Man’s Search for the Courage to Settle Down, published in 2012.  In his book, he examines his impulse to travel frequently as it relates to his, well, hang-ups about settling down with the mother of his young daughter (he also has a son from his first marriage).

In Pretty in Pink, he plays a rich kid who falls for Andie (Molly Ringwald), the feisty girl with no money but a vintage-y, one of a kind wardrobe that I instantly coveted when I first saw this movie at the mall with my cousin for her birthday in 1986.  After I saw the movie, I experimented with shopping at thrift stores and tried my hand at “re-fashioning” vintage clothing for myself….sadly, none of these artifacts from the 80s remain and are lost forever to the sands of Time.

Before he was Blane, Andrew needed his first big acting break and that was the lead in the movie, Class (1983), co-starring Jacqueline Bisset and Rob Lowe.  He answered a call for an actor who was “vulnerable, sensitive and eighteen.” This lead to parts in several classic 80s films. Fast forward about 30 years and here we have Andrew:  vulnerable, sensitive, and middle-aged. He is still struggling with the “ambivalence” that he feels became a “defining characteristic” of the character Blane as well as the character Kevin in St. Elmo’s Fire (1985).

This long-standing ambivalence (and the insecurities behind it) is the central theme of the book. He yearns to feel he is a part of the flow of life, yet at the same time feels the impulse to reject and distance himself from others (including his fiancee).   For him, travelling opens the door to insights that help him resolve this inner conflict.

I won’t go into further detail, so as not to ruin the book for those who haven’t read it.  I do feel that it’s worth a read. Andrew is a very good writer. Also the ending is pretty great, I have to say.  There’s suspense and some twists at the end that are very realistic and enjoyable and life-affirming.

Since the publication of this book, Andrew has had another child, and published a young adult novel called Just Fly Away.  He continues to write, act and direct. His article, “A Song for Ireland” can be found on the National Geographic website, along with other travel pieces written by him.  This particular article fits with this book, as Andrew is continuing to “find his way home” by tracking down and meeting his long lost relatives in Ireland. As they shower him with hugs, Andrew marvels at how he used to avoid such “active connecting” with his family.   He has given us an authentic snapshot of his experience with this not-uncommon struggle, and a reason to believe that things can change.
at May 08, 2019